Why don’t customers disclose vulnerability and what are TellJO doing to help?

It’s sad to say, but lots of people in the UK are vulnerable. The Financial Conduct Authority (FCA) estimates that half of UK consumers show at least one characteristic of vulnerability. That’s 25 million people who are especially at risk of vulnerability due to personal circumstances such as physical health problems, mental health problems and bereavement. However, it is unlikely that half of the UK adult population is officially recognised by their creditor as vulnerable.

The Money Advice Trust estimates that for every customer who discloses a mental health problem, there are two others who choose not to. Yet such a disclosure is likely to benefit both customer and creditor. So why don’t more people disclose? I thought I would use this blog to show my thoughts as a Psychologist on some of the possible reasons for this, and how TellJO is planning to use a combination of custom built questions, standardised measures, machine learning and psychological insights to overcome these barriers.

Ok this seems obvious, but people may not know that they can disclose. I for one had never even heard the term until I started researching the area. I have a diagnosis of Bipolar Disorder, but I had never told my bank. I never even knew I could. Related to this people may not know that they are vulnerable: they may not know what circumstances they need to report, for example that bereavement can be considered. This also might sound bizarre but some people with mental health problems may not, at the start of their difficulties, know they have a mental health problem. Those with psychosis may believe they are being spied on; they’re not psychotic. When I experienced my first episode of depression despite training to be a Clinical Psychologist, I did not actually realise I was depressed at first. If friends and family are also financially vulnerable there may be a collective normalisation of unsustainably high levels of debt, when the creditor may be looking at their finances objectively in a very different way.

TellJO hope to take the ‘not knowing factor’ out of the equation by automatically identifying vulnerable customers.

We all avoid things which make us anxious, we think will be hard or boring. Other easier or more pleasurable things get prioritised. I have often been guilty of avoiding ringing my bank about something small for weeks, and then when I do it it’s fine. As I always say to my therapy clients: Worrying about it is often worse than actually doing it. We all also avoid our finances: for example, not checking your bank balance just after Christmas, not opening a bill when you know you’re overdrawn.

Those with mental health problems avoid even more. It is very common in problems such as depression and anxiety where people may feel too overwhelmed to face their problems. My research interviewing people with Bipolar disorder found that, unsurprisingly, when they felt depressed they avoided answering the phone and opening letters from the banks. Ringing, being on hold and not knowing how to start this potentially awkward conversation might be barriers to telling creditors about their vulnerability.

Do not under estimate the power one small change to make it easier can make. The UK government has a whole team of psychologists (the Behavioural Insights Team aka ‘Nudge Unit’) who help make government policy more efficient and save money. They have used the idea that a slight ‘nudge’ can lead to a big change if it makes things more convenient and simpler. For example, sending text messages before bailiffs were sent out doubled the amount of fines paid.

TellJO hopes to overcome the risk of avoidance by providing a ‘nudge’ and making it more convenient and quicker to inform a regulated business about vulnerability. We do the difficult bit for the creditor and the customer.

3.Worrying about telling the impact

The Money Advice Trust and Royal College of Psychiatrists found that customers reported not disclosing for fear of how the information would be used, that it would affect future credit, make no difference or staff would not understand. The man who has been bereaved may be cynical about whether the bank will think it’s relevant. Those with mental health problems may catastrophise about worst case scenarios might happen if they disclose vulnerability. Thinking that your house might be repossessed if you say you have an anxiety disorder might seem extreme from the outside looking in but minds can jump to A to Z easily when you’re highly anxious. Unwarranted shame about their difficulties and struggling is also likely to play a big factor. Those with mental health problems may also be more prone to suspiciousness and mistrust about the intentions of their creditor.

TellJO hope to overcome this by clear terms about the purpose of the assessment, and the bank being informed only if they agree. The assessment is one step removed from the creditor and we ask questions in a gentle way, and research shows that it is easier to disclose difficulties online.

4.Not Thinking They Will Help

Vulnerable customers are unlikely to be clear about how a creditor can help them. Until the creditor knows the issue, they will be unclear if and how they can help. Even when they do know a customer is vulnerable a creditor may struggle to provide support beyond a revised payment plan. Those with chronic physical health problems are unlikely to be optimistic about help for their difficulties: if they’ve already had countless tests, medications and surgeries to no avail why would their bank be able to help them out? The recently bereaved partner is unlikely to feel especially positive about the future. Hopelessness is a key component of depression and suicidal ideation, so customers with mental health problems are going be pessimistic about their chances of receiving help. Indeed, research has shown that hopelessness about finances is an important psychological factor which turns debt into mental health problems, i.e. some customers with mental health problems become more vulnerable because they feel so hopeless about the financial situation. Thus, expecting them to put their faith in their creditor to help is a big ask.

TellJO hopes to get around this assessing for vulnerability and then automatically signposting to support services. This way the customer gets signposted to help straight away: a quick win which will help mitigate hopeless thoughts. TellJO’s assessment process is also unique and the customer will see that the creditor does want to help.

So that’s all my thoughts for now. I’m going to keep using my knowledge of psychology and mental health to help better identify and refer customers for vulnerable support. I’ll be back with more soon.

ARE YOU AN INNOVATOR!!

We need one motivated innovation company per sector to pilot TellJo and support vulberable customers:

In return we can offer:

Dom has worked in financial capability/exclusion for 20 years and has a broad knowledge of vulnerability.
TellJO is a scalable evolution of Dom’s work directly supporting vulnerable people who had entered into crisis.
Dom identified that if you solve/support the underlying reasons (Vulnerabilities) that lead people to financial stress then you improve payment rates, customer wellbeing and long term resilience.
Its Dom’s mission is to radically improve the way companies and government identify and support people with vulnerabilities, reducing cost and improving the lives of the underserved

Commercially driven technical business leader, seasoned developer.
Programming polyglot for over 20 years, experienced building everything from websites to distributed CRM platforms, coding in 30+ languages from ASP.net to zsh.
Natural strategic decision maker combining commercial and business leadership experience with rare technical knowledge and ability.
Expert in the development and use of technology to solve problems, reduce cost and improve performance.

Richardson, T., Jansen M. & Fitch, C. Financial Difficulties in Bipolar Disorder Part 2: Psychological Correlates and a Proposed Psychological Model. Journal of Mental Health, In Press.
Thomas is an accredited Clinical Psychologist and Cognitive Behavioural Therapist and an expert on the relationship between debt/financial difficulties and mental health problems. His research and expertise on finances and mental health has been received attention from the media including the Huffington post, Guardian, Telegraph and BBC Radio 4.

Media:
- Interviewed about only and metnal health for The Psychologist Guide to University Life
https://thepsychologist.bps.org.uk/volume-30/october-2017/psychologist-guide-university-life 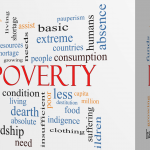